It happened swiftly and easily. No canonical process. No outreach to the parishioners of St. Elizabeth Seton Catholic Church, located in an affluent, predominately white suburb of Indianapolis, IN.

No, Bishop Doherty of the Lafayette Diocese made his decision then suspended Father Theodore Rothrock in only three days, over three words. The decision was made because Bishop Doherty informed the congregation attending Mass on July 5th, 2020, “Black Lives Matter.” He aligned with a movement that condemns the nuclear family, traditional marriage, and who are self-admitted Marxists and atheists. He did not align with his own faith,  priest, and parish.

CNA asked the Diocese of Lafayette-in-Indiana to clarify whether the priest was accused of a particular canonical crime, and whether he had been formally sanctioned with suspension following a canonical process- a procedure which ordinary takes weeks or more to complete. (source)

The diocese declined to respond to CNA’s questions. However, Bishop Doherty cited his decision to suspend Father Rothrock was based in accordance with canon 1333 of the Code of Canon Law.

The canon describes the formal penalty of suspension issued after a formal penal process- a canonical trial or an administrative penal process. Such a process determines whether a person has committed a “delict”- a crime in Church law. (According to National Catholic Register)

There was no “formal penal process” or crime against Church law. This begs the question, is Father Rothrock’s suspension valid?

The troubling part of all of this is Bishop Doherty’s continued isolation from his own laity is contradictory to his public statement. Jesus walked among people. He engaged not only those that disagreed with him but those that were confused, angry, sick, hurt, possessed, conflicted and those that wanted to harm him. He didn’t shut the door to his disciples or non-believers. Yet, Bishop Doherty has SHUT the door on his flock.

In a report by Church Militant, one parishioner told the story of how Bishop Doherty walked right by him, never acknowledged his greeting when the Bishop was leaving Mass on July 5th, 2020 at St. Elizabeth Seton Catholic Church.

“I said ‘Hi, bishop.’ I had my five-year-old daughter and this gentleman who is supportive of the bishop fully, completely. [The bishop] didn’t come try to engage us … and then after the 12 o’clock message he just supposedly ran away.”

While the Bishop was there, he didn’t engage with the supporters of Father Rothrock who were peacefully praying while the BLM Protesters were on blow horns, screaming and shouting at parishioners who were coming to Mass or leaving Mass.

On July 16th, 2020,  LifeSite News attempted to deliver to Bishop Doherty, a petition for the reinstatement of Father Rothrock signed by almost 40,000 Catholics and Christians. The day before the delivery was to take place, the Lafayette chancery announced it’s shut down for 2 days with no reason given by Bishop Doherty. Watch this very moving video by videographer Jim Hale of LifeSite News with groups of Catholics that came to pray for their diocese, the Bishop and Father Rothrock. Every door they knocked on to deliver the petition remained closed to these faithful Catholics of the Lafayette Diocese. Cars were parked in the parking lot, so clearly, people were inside the chancery, yet they ignored the knocking and prayers of the faithful.

What will happen to Father Rothrock?

At the time of this writing, I do not know. No one knows when the suspension will be lifted or where he will live. No one knows if he will be given another assignment or will he ever be a pastor again. No one knows.

What we do know is Father Rothrock is being obedient to Bishop Doherty.

You gave three 24 year old girls the power to ruin a good and holy priest’s future and life, much like Pontus Pilate turned Jesus over for crucifixion to the chanting mob.

I believe this to be true. #OurPriestsMatter and we MUST fight for our good and holy priests.

Is Father Rothrock’s suspension valid? I’m not a canonical lawyer, but if he didn’t break a canonical law and there wasn’t a formal penal process of a canonical trial, it’s seems to be a simple answer of no. What do you think?

2 thoughts on “The Suspension of Father Theodore Rothrock. Is it valid?”

This site uses Akismet to reduce spam. Learn how your comment data is processed.

Come Holy Spirit, in the Name of Jesus. 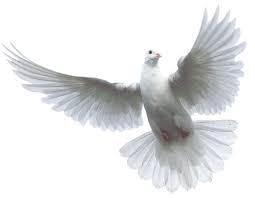 O Mary, conceived without sin, Pray for Us who have recourse to thee. 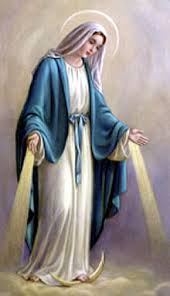 Your Comments and Prayer Requests